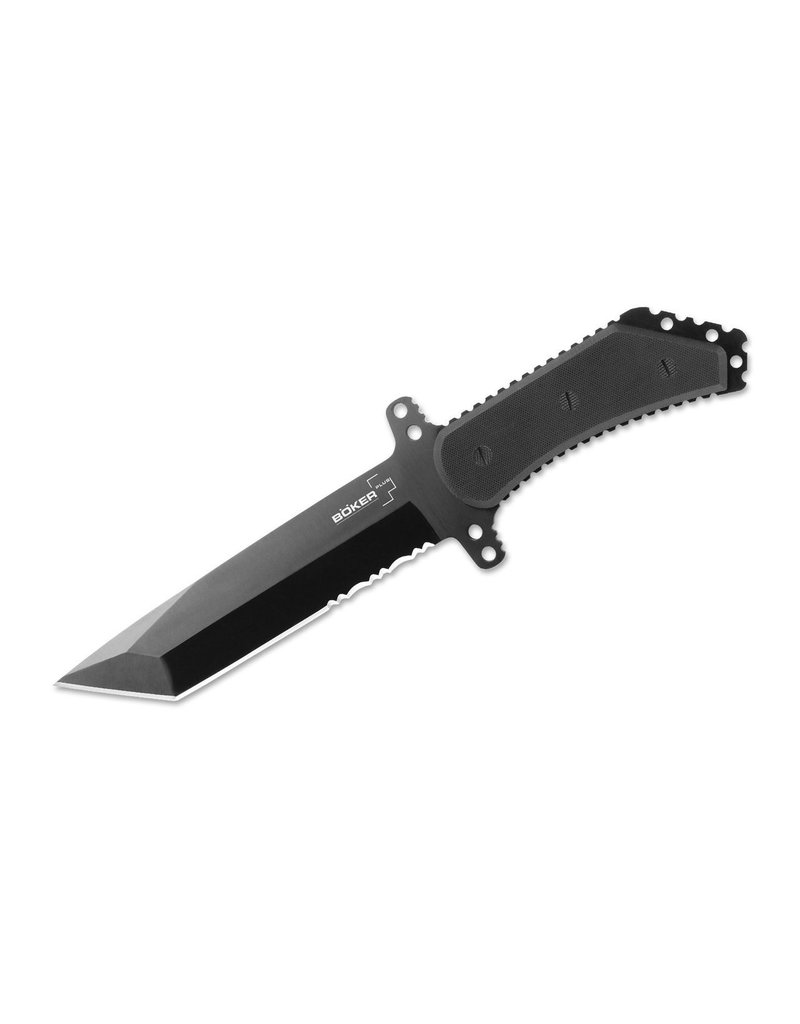 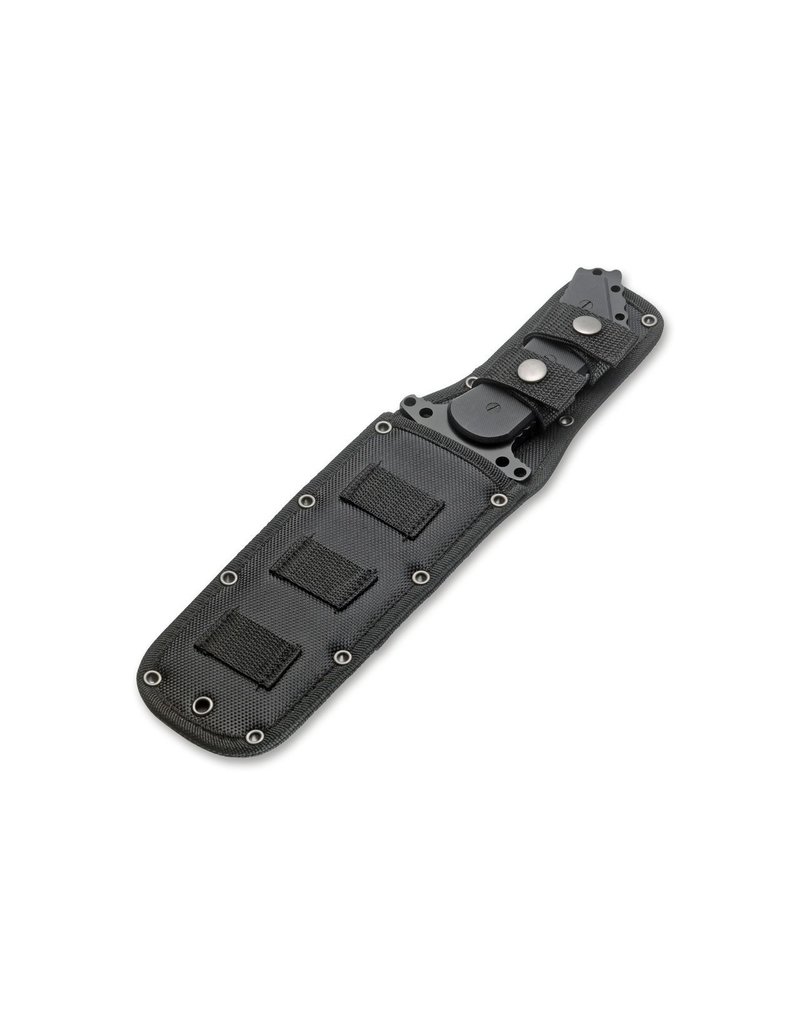 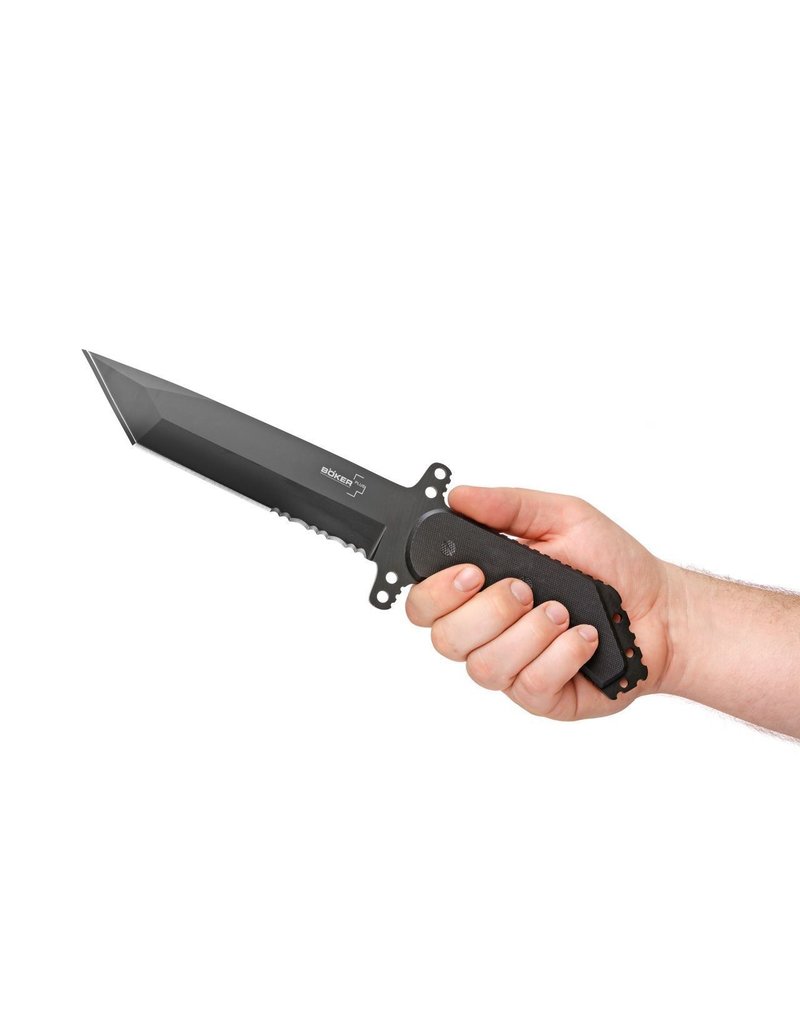 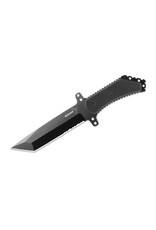 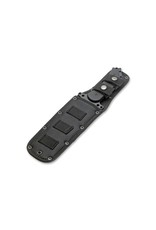 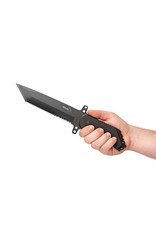 Soldiers of the US Armed Forces can equip themselves privately with additional equipment such as knives in so-called PX Shops of the Army & Air Force Exchange Service. In addition to well-known knife models from various manufacturers, Armed Forces, as the responsible organization, also has special knives developed that are tailored to the needs of soldiers in action. The Boker Plus Armed Forces Tanto Fixed is the first combat knife of a foreign manufacturer, which was developed for the armed forces at the numerous American military bases. The knife, manufactured under strict specifications and controls, is sold exclusively by Boker and Armed Forces.

The special features of the massive Boker Plus Armed Forces Tanto Fixed are the uncompromising functionality and the excellent price-performance ratio. The black, PVD-coated tanto blade is made of 440C, has a symmetric grind and is partially serrated. Stable G10 plates serve as handle scales, which do not give way even under the heaviest loads and lie securely in the hand even when wet. A deep checkering prevents slipping of the handles. Supplied with practical black Cordura sheath.

Add your review
0 stars based on 0 reviews 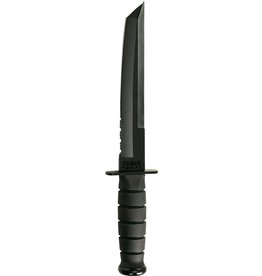 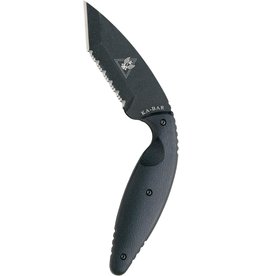 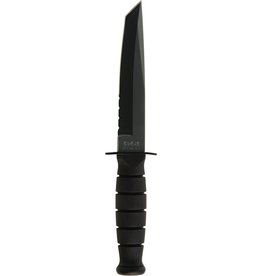 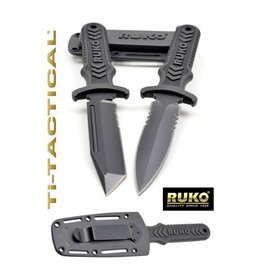 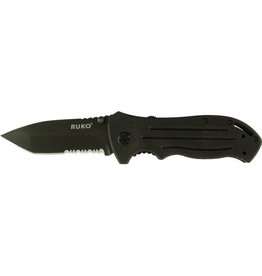 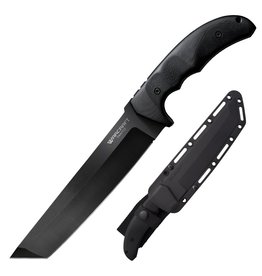 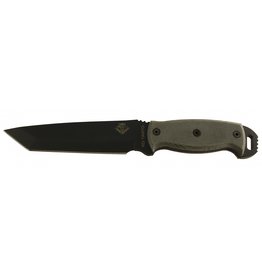 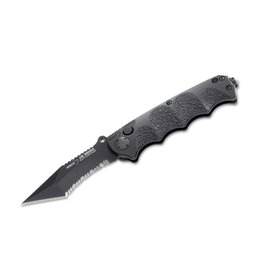 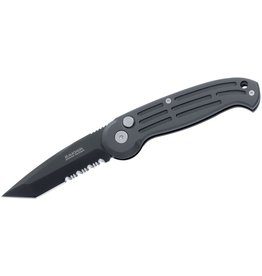 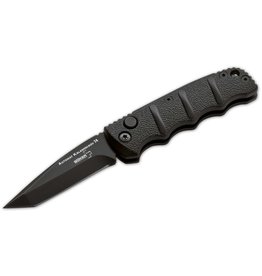